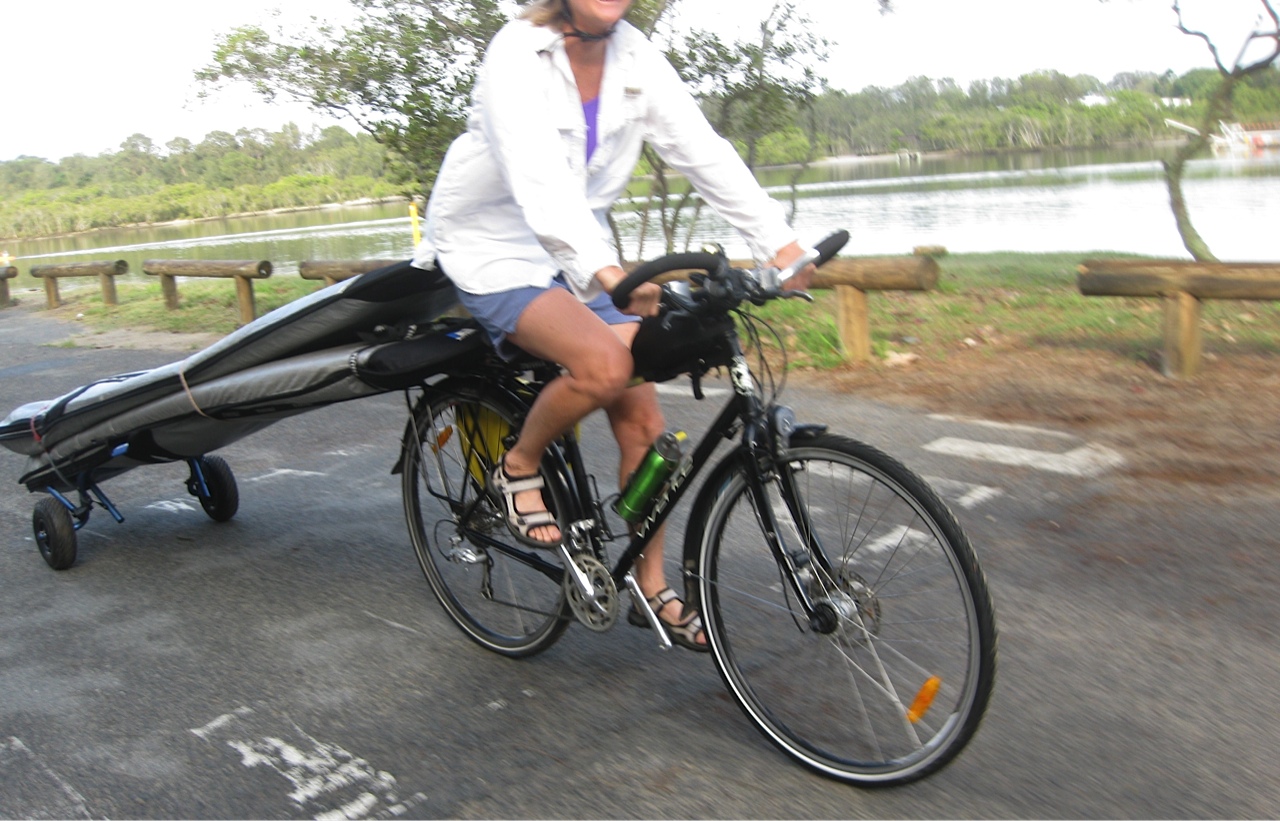 Travelling by bike with two nine-foot surfboards attached behind on a tiny trolley doesn’t go unnoticed.

In an earlier post, I shared how a solution arrived for getting my surfboard to the beach without using our car. What I didn’t share was the unexpected attention this invention attracted.

Even though we’d trialled the surfboard trolley in the driveway, taking it onto the streets and footpaths was an altogether different set of circumstances. I was fairly sure the surfboard would stay attached to the bike and the trolley. However, I wasn’t so sure how the rig would handle bumps and turning corners. Would it jackknife if I went too fast or hit a bump? So, I was a bit nervous taking this rig out into the neighbourhood and decided a S L O W trip to the beach was wise.

Along the way, we see some ski paddlers loading their skis onto their cars after a morning paddle. As I ride past, a man gently elbows a woman standing next to him and nods in my direction, giving tacit approval to the trolley.

When we arrive at the beach carpark, five early morning swimmers fresh from doing laps in the estuary’s still waters, return to their cars. They pause and look inquisitively at my bike and its trolley. Questions follow. One of them has a surf ski that he carries to the beach and is very interested in the detail of how this rig works. “Great idea!”

I’m not sure if it was my nervous energy or the fact that I was pedalling the extra 12-14kgs of two surfboards or the unfamiliarity of it all (or perhaps all of the above), but by the time we reached the beach, I was exhausted! And I still had to muster up some stamina to surf!

So, it was a short surf that day. Like everything, once I’m more practiced at towing the trolley, it’ll become easier.

As we secure the trolley and its surfboards to the bike for the ride home, a man pauses on the footpath, gazes at the rig and lopes across the grass to see it closer. He’s also been looking for a way to carry his 9 foot surfboard to the beach without driving his car: “the car parking is crazy. You can never get a park”. We show him how the rig stays together and share other options that might work like golf trolleys, baby strollers and kiddie trailers.

I was surprised by the unexpected attention this humble surf trolley drew. It’s only a small sample of people on a single day… but it seems I’m not the only one looking for ways of not using my car to get to the beach. It’s encouraging! 🙂

Postscript: a week later, the Cycling Embassy of Great Britain mentioned my ‘Adapt – Invent – Surf’ post in their weekly round up of bike blogs. They thought finding an easy way to tow a surfboard to the beach was an idea worth noticing too! 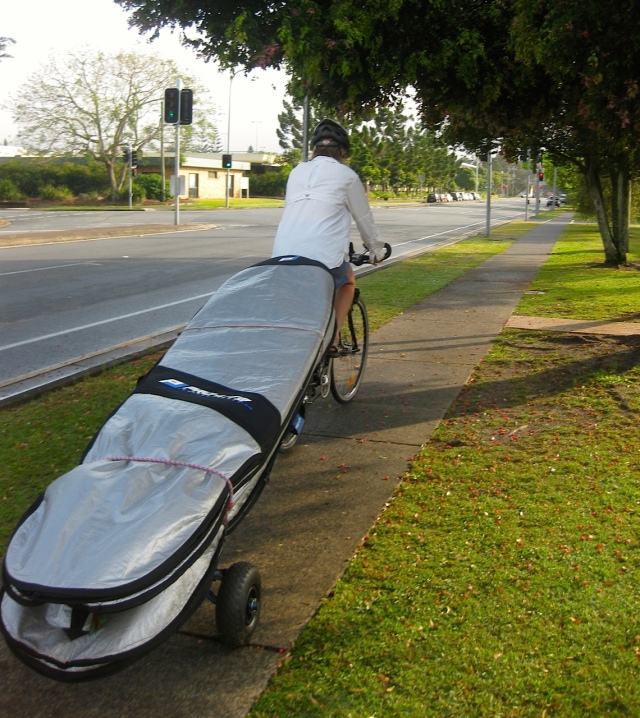 Venturing onto the streets and footpaths with the surfboard trolley. 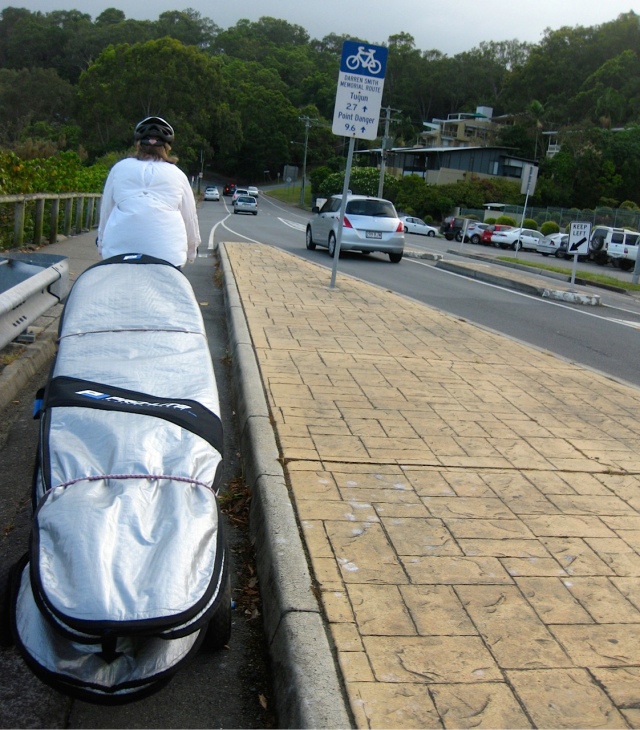 Navigating the cycleway on the way to the beach. 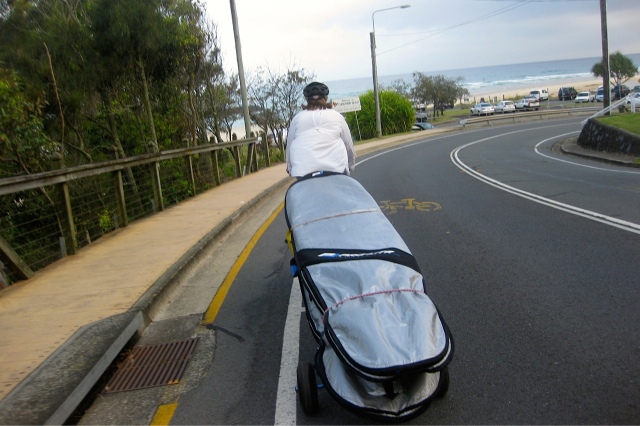 Downhill – slowly slowly. The trailer started to veer offline but arrived safely after a slow descent.

24 Comments on “The humble surf trolley”