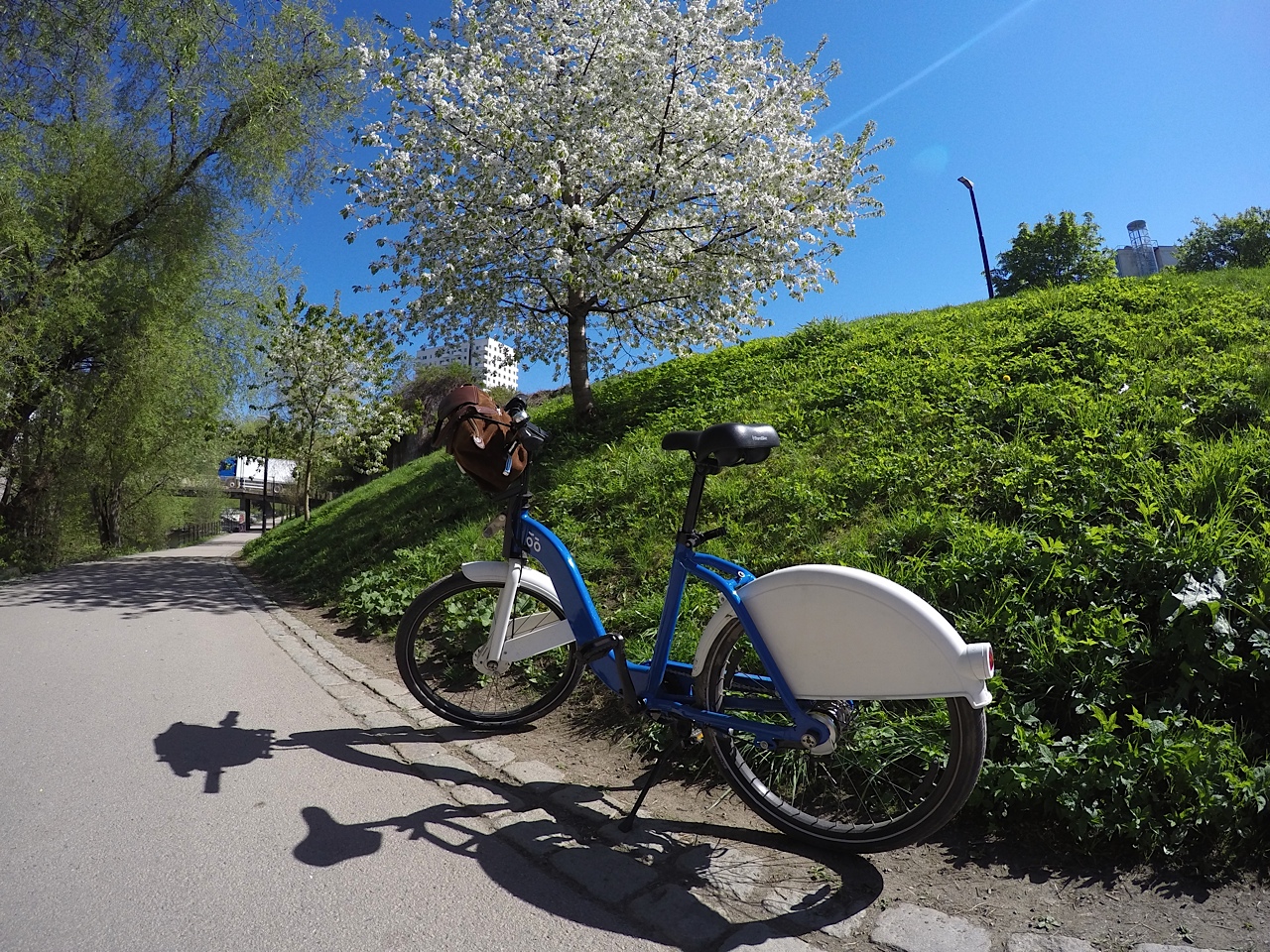 I’m switching seasons and revisiting Oslo. Looking back at my 2015 post, my Observations in Oslo remain current. There are, however, a couple of new developments. One is the Oslo Bysykkel – the Oslo city bike.

Oslo city bike is a bicycle hire scheme designed to help people move around the city easily. While the scheme is not new, last year’s purple dragsters have been replaced with a cute blue and white step-through. The bikes have three gears, mudguards, a chainguard and a very handy front rack for holding your handbag or backpack. They are very easy to ride and comfortable.

There are bike stations throughout the city where you can collect and return your hire bike. A growing number of cities have bike hire schemes which typically work on a subscription basis. In Oslo, registration for the current scheme requires a Norwegian phone number. At first I thought this restricted the scheme to residents but then learnt that buying a local SIM card for the mobile phone gave us a local number.

The city bikes are really well used in Oslo and when I went to a bike station for my first ride, there were no bikes waiting. I’m told this is common and a problem if you’ve got to be somewhere by a given time. Many locals use the city bikes to commute to and from work or university, as well as between work meetings. Even though I had plenty of time I only needed to wait a few minutes before another bike was returned to the station and available for use.

Using the Oslo Byskkel made it easier for me to explore places further away from my hotel and have a different experience from walking. I rode along the river that winds through Oslo and also visited Vigeland Sculpture Park, which despite all its stairs has ramps that make wheeling a bike around the park possible.

The other change I’ve noticed in revisiting Oslo is the growing number of electric bikes or eBikes.

An electric or power-assisted bike allows the rider to pedal as usual or use the electric power to propel the bike. When riding dressed for work and needing to climb hills, an electric bike would be very helpful. And I think the eBike is well suited to Oslo which, in parts, can be quite hilly.

My visit to Oslo is a month later than 2015 and I arrived in the week that Spring burst into action. Perhaps this flurry of warmth is why there seemed to be more people riding bicycles on this visit. But then maybe it might be the enjoyment of bicycles spreading.

Footnote: Thanks to Esther for keeping me moving on two wheels while visiting Oslo 🙂

Scroll over or tap each photo below to read its caption…. 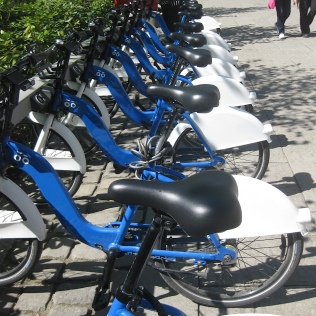 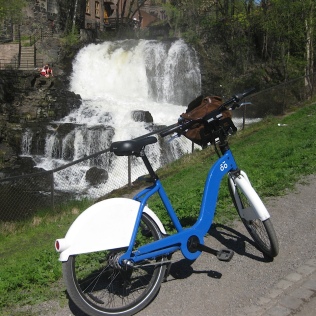 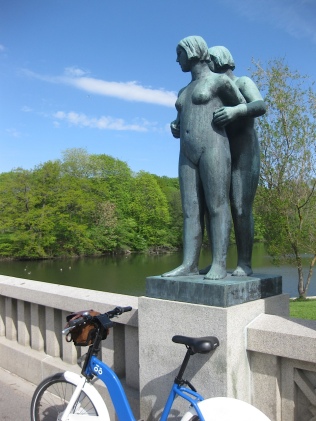 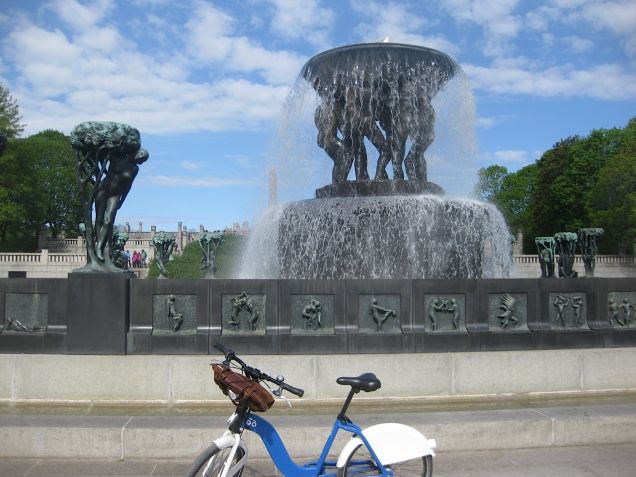