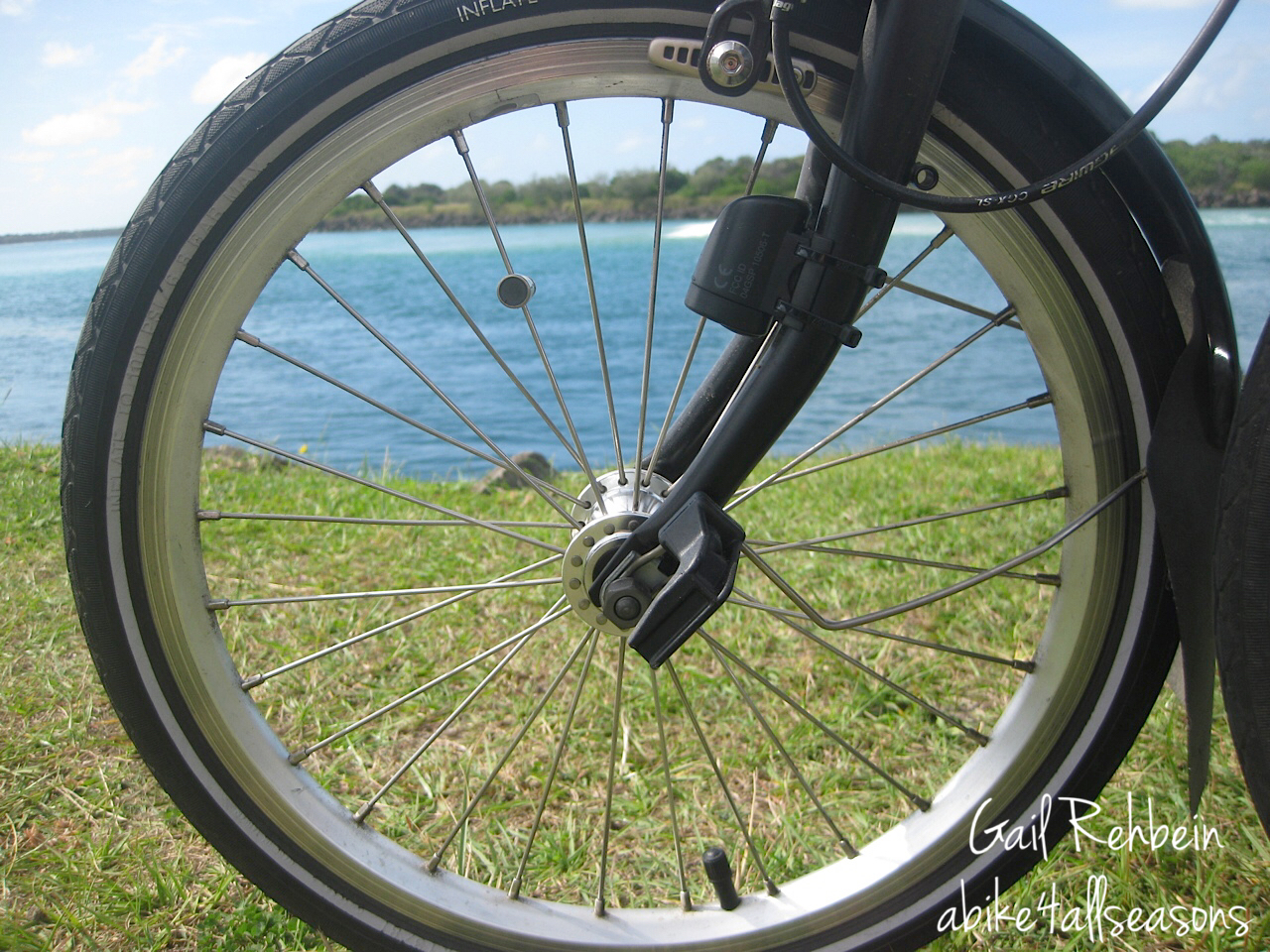 This is a guest post written by Jen Cooper. I met Jen a few years ago on a writing course at the Queensland Writers Centre and since then we’ve shared many good conversations about writing as well as bicycles. This is the first of two bicycle stories from Jen…

For years we had tried to find a solution to the problem of how to carry all our toys when we went travelling. We had the van (a fold-down camper), the kayaks on the roof of the car, and the snorkelling gear and body boards inside.

Where could we fit the bikes? There were so many great places where we could cycle. North Queensland country towns, the Eurobodalla coast of New South Wales, the rail trails of Victoria. If we hadn’t been there, we certainly wanted to go to these places – and further!

The tyre rack on the back of the van could be converted and the tyre stored in the back of the Subaru – but that would displace the snorkelling gear and the body boards. Perhaps bikes on the bed in the van? Ah, but imagine the challenge of brief overnight stays and the hassle, especially if it was pouring with rain. The front towing frame for the van? No, too short. The roof of the van? That would interfere with the folding mechanism.

We just left it alone for six months.

Folding bikes! It’s difficult to remember from where the idea first came. It didn’t stick initially – I found an internet article comparing folding bikes and how they handled. The concept was alien – think of how many more times you would have to turn the pedals to go the same distance. They all seemed to have tiny little wheels. They weren’t real bikes! How strange they looked.

We left it alone for another six to twelve months.

There came a tipping point, that critical moment when the desire to find a solution outweighed the inertia of doing something about it. I researched a couple of names – Brompton, Tern, Dyson, Dahon. Then there was an article by a Brompton enthusiast. He wrote in such an appealing way about the function and the charm of a Brompton, and all the extra things you can do with them, like stowing in the overhead locker on a flight from New York to London and then cycling into the city instead of having to wait in the taxi queue. Did he really do that?

In our partnership, things happen like this: I get the good idea and enthuse for long enough that my partner Noel has to do some research. He is very good at research. I’ve never worked out whether it is to show me that my great idea is not so great and stop me carrying on, or whether he is taken with the idea but doesn’t want to make a hasty and potentially expensive decision.

The research in this case led us to Epic Cycles in Paddington (Brisbane). It wasn’t clear on their website at the time, but they might have Bromptons and Terns.

Do you know, sometimes these things are meant to be. The team at Epic know the Bromptons well – one rides a Brompton, they all know how to open and fold them in quick time, and another has actually been to the Brompton factory outside London.

We rode the Bromptons on that first day – they felt strange. With the long seat stem and the little wheels, I felt top heavy. The handle bars were narrow, and steering seemed awkward. The ones we borrowed had three gears, and that seemed too basic to have a comfortable ride over variable terrain. They felt bumpy rolling over sticks on sidewalks with no apparent shock absorption to match the hybrid bikes that we already had.

What really attracted us was how small they folded. Amazing! They would fit in the foot well of the Subaru’s back seat. Even better than we had hoped. We went away, constructed our ideal using the Brompton website and adjusted to the idea. After further discussions by email and another visit to the store, we found there was a special release model that had most of the features we wanted, so we bought them.

Now it was time to learn to ride them.

Jen Cooper is a part time writer with an interest in all things outdoors, and indoors she is researching and writing a narrative non-fiction based on family history. 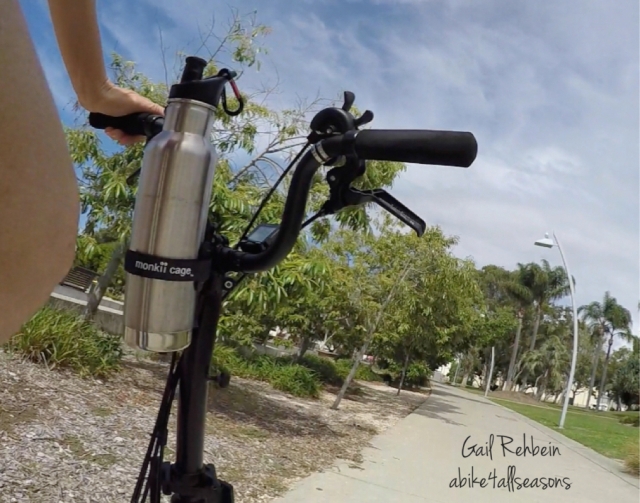 Bromptons are cleverly designed. With the back wheel folded, the bicycle stands on its own. 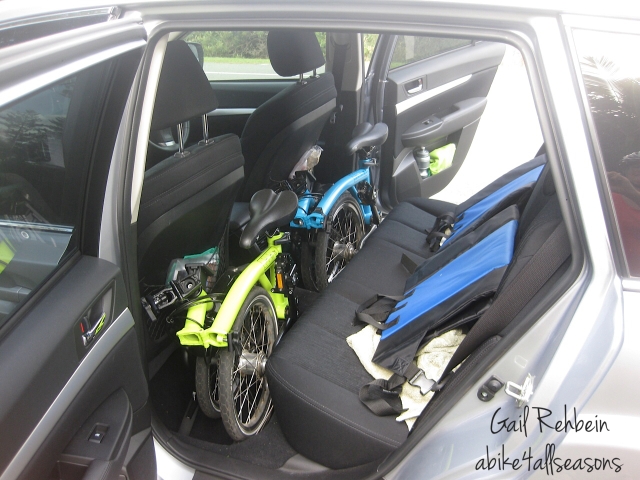 One Brompton in footwell behind each seat in the Subaru.